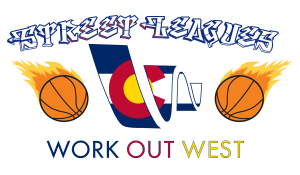 The very name of Street Ball conjures up images of inner city playgrounds; make shift courts, and pure, raw talent. The type of talent that can only be borne of player who plays with intensity, a daring, a passion that we seldom see in today’s arenas. Street ball is where true grit, meets “true game.”

Street ball was started out of the need to play ball. Many of the inner cities had little to no programs for “street” kids to play sp they took to the streets to show off their skills with a 3v3 style game.

Rules of modern basketball became a bit looser  and with any game played on the “street” the courts were less than perfect.

This brought rise to what we now call: 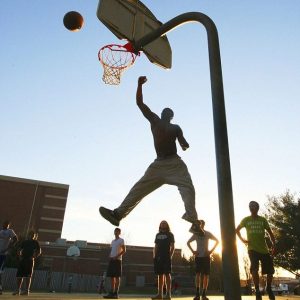 Today “Street Ball” has its own organizations and leagues and can be played just about anywhere.

At Work Out West we will have 4 courts to play on. Games are played on traditional half court settings. We will have 2 games going on inside and 2 games in the outside parking lot in front of the tennis center.

In traditional fashion, the courts will be rough and rugged just like the sport in its beginning. You will be dealing with flaws in the asphalt which will take your skills to a new level.

“Street Ball” makes it a game of learning the court and skills all in one. Games can vary based on weather, climate and the skill of your opponents.

We look forward to seeing what everyone brings to the game. This should be a league that breathes fun and life into the “Street Ball” scene.

League will meet every week for 10 weeks. (no games week of July 4th) 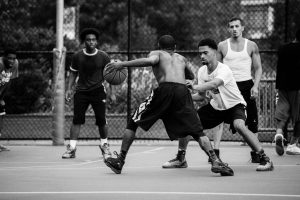 Work Out West wants to provide the fun and competitive environment to showcase your skills. To best do this we will be using the following schedule for play starting June 11th, 2019: 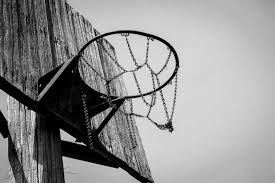 All teams must have a roster form filled out and a waiver for each person on their team on file with Work Out West. We will verify membership status in our system. Any person that is not a member but says they are will be disqualified without refund or may sign up for a membership.